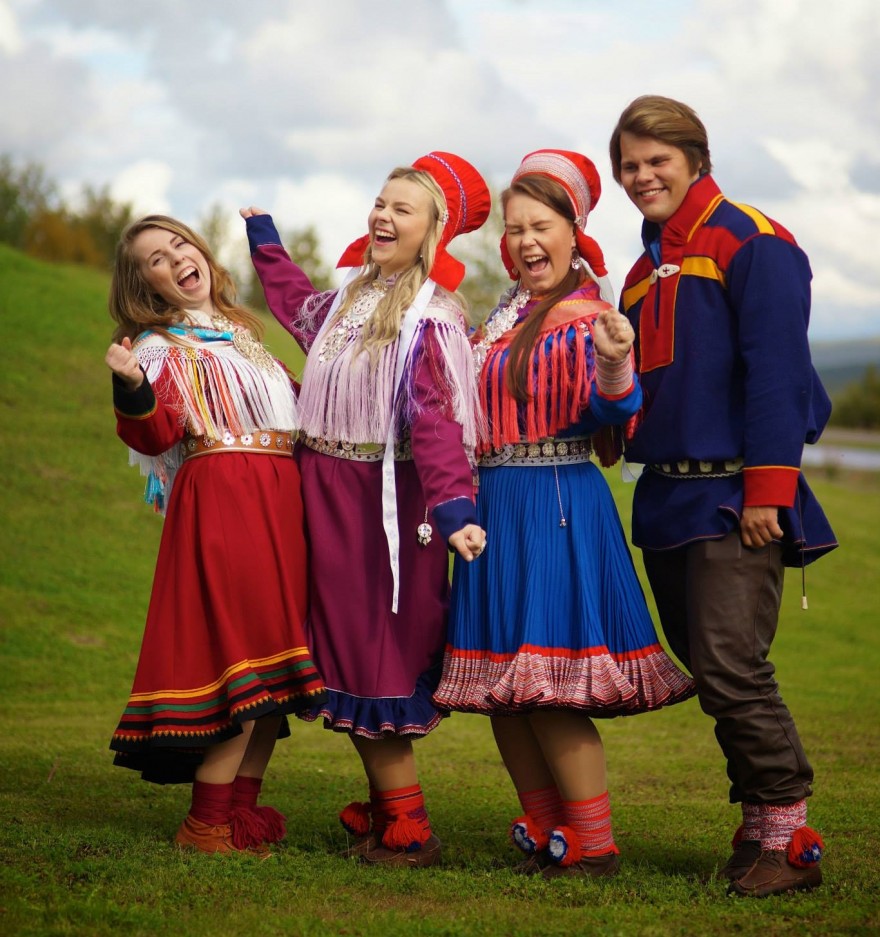 The initiative Sámi Pathfinders was originally a three-year pilot project, in which three Sámi youth traveled a year to schools in Norway sharing information about Sámi culture and society. After a marvellous conclusion of the project evaluation in autumn 2007, the proposition to the Storting nr. 1 (2007-2008) stated that the initiative Sámi Pathfinders should be maintained as a permanent initiative. The project resides under the Ministry of Government Administration Reform and Church Affairs. The Sámi Pathfinders travel primarily to secondary schools. However, they are free to attend other arenas for young people and teacher training students, in other to experience the extent to which their knowledge is in demand at these levels.

The Pathfinders are selected according to the formal education they have as well as their personal abilities. The latter is highly emphasized along with other collaboration capabilities. In addition, they are selected to represent the various geographical areas from the Norwegian Sámi area. Further, creativity and high communicational skills in promoting a message are also key pre-requisite of the Pathfinders.

The Sámi Act, and other international agreements ratified by Norway, such as the ILO convention nr. 169, and also the European Charter for Regional or Minority languages, compel the Government to perform certain informational duties aimed at promoting the Sámi culture to the large community. Therefore, the Ministry of Government Administration, Reform and Church Affairs wishes to contribute to knowledge dissemination and visibility of the Sámi and hence collaborates with the Sámi University College in Kautokeino on the initiative Ofelaš/Sámi Pathfinders.

Since lack of knowledge has the potential of contributing to accumulation of prejudices and delusions, the visibility of the Sámi and Sámi culture should be enhanced. It is for this reason that the initiative intends, in a realistic and engaging way, to raise consciousness about the modern Sámi society, as well as Sámi history and societal development. Our intention is to offer the youth an engagement with the Sámi society through other young people.

This offer is free!

Giellatekno (UiT The Arctic University of Norway) performs the translation from Sami to Norwegian. The automatic translation tool, updates every week, both grammatical and orderly translation. The translation is for the sake of understanding. Meaning the Norwegian does not ever become idiomatically Norwegian, but Sami influenced Norwegian.

Sami University of Applied Sciences does not perform the translation from Sami to Norwegian.